Michael Prescott is a very accomplished author with over one million print books sold and now over a million ebooks sold as well.  Staggering numbers from a guy who began his career back in 1986 writing horror novels under a pseudonym.  He's been here before, but his career has really taken off and I wanted to explore his latest publishing endeavour.  He recently signed an agreement with Amazon's publishing company Thomas and Mercer.  It's a risky move for an independent with a lot of momentum, but as you'll see, he's excited about the opportunity.  Anyone out there who ever wondered if there were other options besides the Big 6 publishers should listen to Michael's story.

As with most writers I interview, I found him attentive and considerate.  Just a real down to earth guy who deserves all the attention he receives.  Thanks Michael for your time and your thorough answers: 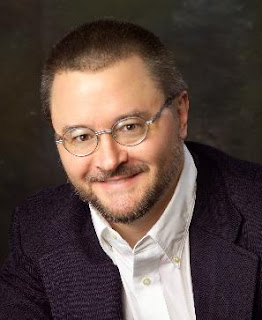 1- Tell us about your newest release, Grave of Angels. It’s already inside the top 50 on the Kindle bestseller list. Did you expect to see this success so quickly?


I didn't know what to expect. Some of my self-published books have climbed that high on the Kindle list, but it took time — a month or two, usually. This book is put out by Thomas & Mercer, a division of Amazon Publishing, and it has the force of Amazon's marketing behind it. And that makes a big difference!
As for the book itself, Grave of Angels is the story of Kaye Malick, a former Carmelite nun who runs a personal protection service for Hollywood stars. When hard-partying teenage celebutante Chelsea Brewer is kidnapped, Kate has to search the city's darkest corners in a desperate attempt to save the girl's life. The story takes place in the course of one frantic night, as the kidnapping plot is gradually revealed to be part of a complicated and deadly conspiracy.

2- Back in the 90's you were a traditionally published author who wrote under the name Brian Harper, then you became Michael Prescott and one of the first authors to go the Indie route with ebooks. How did your new agreement with Thomas and Mercer (Amazon's publishing house) come about?

My self-published ebooks have done very well — much better than I expected, and better, really, than I ever did in print. I've sold well over a million digital copies so far. As the sales added up, Amazon Publishing took notice. Acquisitions editor Maria Gomez contacted me, and we set up a phone call that involved Maria and other members of the Thomas & Mercer team. Initially I had some doubts about going with them, but the phone call convinced me that the experience would be different from my experiences in traditional publishing. Amazon is much more author-centered and really aims to deliver services to the author, rather than just treating the author as a resource. Their enthusiasm and the prospect of working with a new kind of publishing house convinced me to give it a shot.

3- So, after all these years of complete independence, did you have any concerns over losing artistic control? 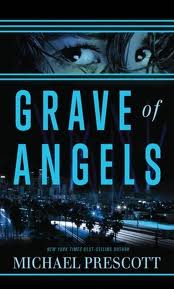 I do like the independence of self-publishing, but on the other hand there can be advantages to working with a publishing house. In this case, I felt Grave of Angels could use the input of a professional editor, because it had gone through several drafts and still wasn't entirely satisfactory to me. Maria assigned a very good developmental editor to the book, a guy named David Downing, who was enormously helpful. Sometimes you need somebody to tell you where you've gone wrong. In that respect, I'm quite willing to give up a measure of artistic control, if it will make the book better — although Thomas & Mercer have gone out of their way to make sure that the final decisions are always left to me. And that includes not only the editing but also the cover art and promotional copy.

4- Was there trepidation about placing all of your eggs into the Amazon basket?
I had two main worries: first, they were acquiring these particular books effectively for term of copyright, meaning I will probably never get the rights back; and second, they don't want to put out ebooks on any platform other than the Kindle, for obvious reasons. I have a lot of readers who use the Nook and a few who use the Sony Reader, and I worried about disappointing them. But I decided those readers could always buy the paperback edition or download a free Kindle app. Admittedly it's less convenient for them, but the prospect of significantly expanding my readership through Amazon's marketing efforts was too tempting to pass up.

5- Okay, since you've probably done this yourself before you signed on with T&M, give us your best case scenario and your worst case scenario, five years from now. And what do you think the publishing world will look like?

I see the signing as a test case. It involves only two of my books, and one of them is a backlist title, The Shadow Hunter, which Amazon will reissue in September. I don't yet know how I'll handle the remaining titles in my backlist or any new books I put out. I want to see how it goes. There's something to be said for running the show yourself, but there's also something to be said for having the power of Amazon.com behind you, and working with professional editors and designers. Of course, I also don't know if Amazon will want to continue the relationship. Time will tell.
Five years from now? I don't think that far ahead! When I was younger, I used to worry about my future, but as I get older — I'm 51 now — I find it isn't very helpful to worry about best or worst case scenarios, since neither is likely to happen. Generally, we muddle through. If someone had told me ten years ago that my print career was going to collapse, I probably would have been in a panic, but as it turned out, it wasn't that big a problem. I made money doing something else, and when the ebooks took off, I made money on that. It all worked out. So don't worry — be happy.
As for the publishing world, I think ebooks will largely replace mass-market paperbacks, which are already suffering from diminished distribution. The main appeal of pocket-sized paperbacks is convenience, and ebooks are even more convenient. The other appeal is price, but ebooks will be cheaper, and even dedicated ebook reading devices will soon be cheap enough to qualify as an impulse buy. I also don't see a big future for hardcovers; they're too expensive. Once people get used to paying $4.99 or less for ebooks, they'll probably be unwilling to spend $30 or more for a hardcover, unless it's a coffee table book, a limited-edition collectible, or a finely illustrated children's book.
So is print doomed? No, I think trade paperbacks — large-format, so-called "quality" paperbacks — will survive and even flourish. Some of them will be put out by traditional houses, some will be put out by upstarts like Amazon, and some will be self-published print-on-demand titles. I also think the universe of readers will expand. There will be more variety in content, appealing to niches that nobody ever knew existed. All in all, it's a very good time to be a writer!
Posted by Gary Ponzo at 11:26 PM 2 comments: Links to this post

HOW THE PUBLISHING INDUSTRY HAS STIFLED CREATIVITY

Yesterday I received an email from a fellow writer announcing his resignation from the writing business.  By the way, he's not making a living from his writing.  Not even close.  Oh, he's a terrific writer with a history of publishing short stories in very reputable literary magazines and he's even had a literary agent for a while.  He's also never been seriously close to getting one of his novels published and that's where the frustrated email was born. (He's since backed off his threat to quit writing, but that doesn't diminish his intrinsically exacerbating situation.) 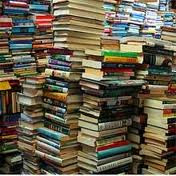 It's easy to see why he'd gotten here.  After all the publishing industry is about making money, not discovering new literary talent.  So if a publisher has a choice between a new author with some serious writing chops and the twentieth unauthorized Frank Sinatra biography, well, you see what I mean.  When an illiterate like Snooki gets a books deal, I think it's obvious traditional publishing has become a place for no-talent big names to get their book deals.  Think Kardashians and Paris Hilton.

So why do I bring this up when I've been doing quite well with my own little career writing thrillers?  Because many writers have been stuck in the old model of query an agent, get a publisher, then wait two years to see your book in print.  It's an antiquated system which rewards very few authors who wiggle their way through the hoops to get to their goal.  It also doesn't allow for writers to try new things.  If a new writer attempts to write a story in first person from several different people, it's considered edgy and too much of a risk.  Meanwhile Pulitzer Prize winner Cormac McCarthy can write an entire book without using quotation marks for dialogue and that's just fine.  Don't get me wrong, McCarthy is obviously an unbelievable writer, it's just that he makes money for the publisher, which means break any rules you'd like.

So if you're a new writer, stay within the lines and don't stray too far from the norm.  In other words, don't get too creative, please.  And what about self-publishing?  Well, that's even more frustrating for newer writers because the pool has begun to fill up and now they're supposed to suddenly go from concentrating on writing to becoming an expert on formatting and marketing on the fly.  Or pay a large fee for someone else to do that for you.  Is this how the system should have gone?  No.  There was a time when publishers actively searched for new voices, then when they found him/her, they would throw some marketing money behind the book and get it off the ground.  But somewhere along the line they decided to go for the quick buck.  People like Kato Kaelin, (remember OJ's poolboy) who struck a $500,000 deal with St. Martin's Press were lurking in the alleys whispering to the industry with soft, alluring words of guaranteed profit.

Am I indicting the entire industry?  Of course not.  Am I suggesting publishers could have prevented a lot of this mass exodus toward independence by creative writers?  Sure.  I feel for my friends who have struggled to reach the masses and I will always champion their work.  Writing is the one profession where fellow competitors for the same readers would help each other whenever possible.  I've seen too many of my talented friends get lost in the shuffle and I hope the day will come where they can find their audience so I'll never get an email like the one I received yesterday.
Posted by Gary Ponzo at 8:50 AM 11 comments: Links to this post