They were driving across the desert once again, Hal Dixon behind the wheel asking questions and Nick explaining the results of their trip from the back seat.  The SUV’s headlights swept through the darkness while Jessie poured coffee from his thermos into Hal’s cup on the console.


Hal thanked him and glanced into his rearview mirror at Dane who was pinched between Nick and Matt like deli meat.  “You see what you’ve done kid?”


Dane was doing his best to keep his eyes open but losing the battle.  He was safe now and the drama of the past twenty-four hours mixed with the relief of escaping a death sentence had overtaken his body.  His head was dropping with each bounce of the suspension system over the dips in the desert terrain. 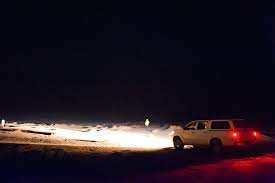 
Dane murmured, “I’m sorry.  Could you repeat the question?”


Nick leaned his head back and sighed.  “It’s amazing what people will do for money.”


“Greed,” Matt said resting his head against the window, looking like he was about to nod off.”  “That’s what it is.  Greed.”


Matt shook his head.  “You could make seventy-five cents an hour doing prison laundry.  That’ll add up after a decade or so.”


“I mean you’ll be arrested and tried for acts of terrorism.”


Dane searched the inside of the SUV as if someone there could help him.  Jesse was banging a flashlight against his knee to get it to work, when it sprung to life and shined directly onto his face.


Dane’s eye’s popped open, but he remained perfectly still.  Jessie glanced back at him for a moment, then turned and put the flashlight back into the glove compartment.


Dane nudged Nick with his elbow.


When Nick looked at Dane he saw the wide-eyed kid staring at Jesse.  Dane leaned into Nick’s ear and whispered, “That’s him.”


“Stop the vehicle,” Jesse said from the front seat.  He had his pistol out and aimed at Hal.


“No one ever believes me.”


Nick let that one go.


Hal slowed the SUV to a stop.  With a deep exhale, he said, “Jesse, how could you?”


“I’d give you a hundred thousand reasons why.”  Jesse grinned, tapping on the interior lights.


“Greed,” Matt muttered from the back seat.


“Yes,” Jesse said.  “A way to take care of my family without working sixty hour weeks and being too tired to play with my kids.  That’s why.  Now, put your hands on your head.”


Everyone in the car complied.


“Good,” Jesse said.  “If anyone takes their hands off their head I will end this.”


“Are you going to let us go?” Dane asked with a quiver in his voice.


Nick answered for him.  “No, Dane.  He’s going to have to kill us because we know his identity.”


Dane turned to Matt and said, “Do something.”


Dane was antsy, wiggling his torso while keeping his hands firmly on his head.  “Why are we waiting here?”


“We are waiting for the Reynoso execution squad,” Jesse replied, giving a quick glance out the front windshield.


“Isn’t it worth something that Matt didn’t kill your boss?” Nick said.


“Sure,” Jesse said, turning the pistol toward the group in the back seat.  “In return I’m going to let you live long enough to know that the Uranium you discovered was only the first ten percent.  The other ninety percent—“ he glanced at his watch, then continued, “is going to dock in Puerto Vallarta in less that ninety minutes.”  A beautiful craft by the name of the Familia Reynoso.  Catchy name, huh?”


Matt rolled his eyes.  “Really?”  You feel you have a credibility issue?”


“You told them what?” Jesse asked.


There was a flicker of light on the horizon, bobbling up and down with the contour of the rough desert floor.


“We believed you,” Matt finally answered.


Jesse looked at Matt with an inquisitive expression.  “What did you believe?”


The headlights grew stronger, winding around the cacti and shrubs as it drew closer.


“He picked your face out of a book of Border Patrol Agents,” Matt said.  “That’s how we suspected you were working with Reynoso.”


The charging headlights came to a skidding stop directly in front of their SUV.  A black Ford Explorer sat behind a cloud of desert dust floating across its headlights.  All the doors opened and four men wearing FBI windbreakers jumped out of the vehicle with their pistols out.  They spread out and crouched their way toward the Border Patrol SUV.


Jesse looked at Matt who took his hands down from his head and said, “Sorry Jesse.  We’re the FBI.  We don’t always play fair.”


Jesse’s face turned into a snarl and he pointed his pistol at Matt and pulled the trigger.  A click.  He pulled and pulled with no success.  Then he looked at his gun as if it were betraying the laws of physics.


Hal yanked the gun from his partner’s hand and said, “I am so very disappointed in you.”


The doors flung open and a voice commanded them to get out.


Jesse’s face turned soft.  As he was pulled from the vehicle, he looked at Hal with a childlike innocence and said, “I’m sorry.”
Posted by Gary Ponzo at 3:52 AM No comments: Links to this post

Reynoso made a familiar gesture to the bartender, then held up three fingers.  The older gentleman hesitated for a moment, then recognized the signal and placed three shot glasses on the bar and filled them with Reynoso’s favorite tequila.  Reynoso took one of the glasses, then pointed to the table with the Americans and the bartender shuffled out from behind the bar and placed the remaining shot glasses on their table.


The two FBI agents seemed to recognize the gesture.  Their final drink before they died.  Both men picked up their glasses and they toasted Reynoso as the three of them tossed the tequila down their throats. 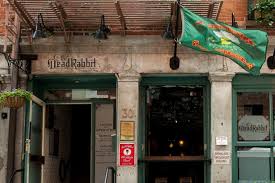 “Very nice,” Nick said, sensing the end coming.  “But in my introduction to my partner I failed to mention his prowess with a gun.”


The tall American, Matt, pulled aside his jacket and exposed a shoulder holster with a pistol.  For some reason he smiled.


The bodyguards lifted their shotguns, ready to fire.


“You think this is some form of threat?” Reynoso asked.  “I have two of my best men aiming a shotgun at each of you.”


Finally the partner spoke.  “Here’s the thing.  I’ve practiced drawing my weapon several hours a month.  Sometimes I do it while watching TV just to keep fresh.  I’ve been ready for this my entire life.”


Reynoso laughed.  “You are a very stupid man.  Wasting your life on such a useless activity.”


“So now I have a question for your men,” Matt said.  “That’s a Mossberg 500 pump action shotgun they’re holding.  What they need to ask themselves is--Can they actually rack and slide a shell into their chamber before I can draw and double-tap my Glock?”


Reynoso sensed a tightness in his bodyguards demeanor.  He could tell they were wondering the same things themselves.  Could this guy really be that good?


“Wait,” Reynoso said, pointing at Nick, “you will not be shooting your weapon?”


Then he looked at Matt.  “And you will draw your weapon and fire two shots before they can shoot their shotguns?’’


“Come now,” Reynoso said.  “Are you being serious with this?”


“Yeah, and listen, I want to make sure these guys understand English, because I warned someone earlier that might not’ve understood me.  You see, I shoot to kill.”


Reynoso assessed his men  and saw their nerve being tested.  They didn’t have the same determination they had begun with.


“You should tell them to place their weapons down,” Matt said in a non-threatening tone.  “It’s the humane thing to do.”


“Then we leave,” Matt said.  “And you go on with your corrupt lifestyle intimidating innocent people and killing anyone who threatens you.”


Reynoso was calculating the damage to his authority should he decide to let the Americans leave.  With everyone watching, he couldn’t afford to be seen as weak.  Word would spread.  He needed something to save face.


The two Americans looked at each other, considering the offer with a look of disgust on their faces while the kid sobbed and begged.


Finally Nick said, “Believe me, we’re tempted to leave him here, but we’re going to have to take him back home and deal with him there.”


Reynoso was up against a wall.  He couldn’t afford to have these foreigners bully him in front of his people.  He rubbed the back of his neck and frowned.  “I am sorry, but the boy must stay.  That is my final offer.”


Dane’s eyes were swollen and glossy with small childish noises coming from his throat.


Matt stood there with a look of disappointment.  The fingers in his right hand fluttered by his side.  “Then it seems we have a problem.”


It was so quiet in the bar, the only sound came from a squeaky ceiling fan above them.  Reynoso glared at the Americans with a determined expression.  “It is unfortunate.”


“We don’t need to do this,” Matt said with a hint of sympathy in his voice.


Matt’s stare was intense, but Reynoso noticed he was staring directly at Reynoso’s torso, as if looking through him.  It became apparent that Matt was watching for any quick movement his bodyguards might make with his peripheral vision.


In the silence, Nick said, “Please, let us go.  You can save your men’s lives.  These are good men.  They work hard for you.  They have families.”


The entire room stool perfectly still, as if posing for someone to paint scene.


Reynoso lifted his finger like a gun and aimed it at the two FBI agents.  Immediately the bodyguards took their cue and furiously pumped back on the rack of the shotgun.  Two loud shots exploded inside the low-ceilinged room.  Reynoso flinched.  The two bodyguards dropped hard to the floor.  As they landed Reynoso could see a bullet hole in the center of both of their foreheads.


A woman screamed.  A bottle of tequila slipped from the bartender’s hand and crashed by his feet.


Nick Bracco walked over to the kid at the bar and grabbed the back of his shirt, then pulled him from his bar stool and tugged him toward the door.


Matt holstered his pistol and moved toward Reynoso.  He looked down at the dead men lying next to their boss and with a look of disgust, he said, “Better call their families, Jefe.  Tell them how brave they were.”


As Matt was walking out the door, he turned to Reynoso and added, “Have us followed and you’ll be making phone calls the rest of the night.”


Posted by Gary Ponzo at 8:12 AM No comments: Links to this post