For most of us the Memorial Day holiday means the beginning of Summer, watching the kids swim while we barbeque hot dogs and hamburgers.  For many of our brave soldiers it means much more.  I can't imagine the sacrifices people like my father and my niece, Neva, have given for the rest of us to enjoy the weekend in peace.  This Memorial Day, I’m joining over 30 authors in thanking our troops for keeping our country safe and free. 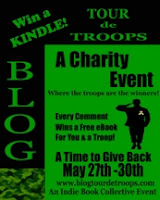 For my puny part I'm giving away a free copy of my Award-Winning eBook, "A Touch of Deceit."  Everyone who leaves a comment will receive a free copy, simply let me know which version you prefer, the Kindle, ePub, or PDF version along with your email and I'll send it off to you.  Also for everyone who comments, a troop member will receive a free copy as well.  You will also automatically be entered in a drawing for a free Kindle.
Lots of free stuff on a day to remember the people who keep us free. Now I know you just came from Sharon Gerlach's terrific blog http://sharongerlach.wordpress.com/  next, head on over to Billie Hinton's blog  http://www.novemberhillpress.com/  and receive your free book there as well.  Keep clicking away and fill up your summer reading list care of our troops and some fine authors. 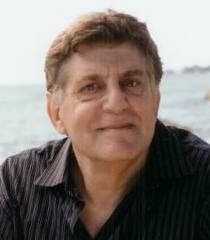 So I'm waiting for a prescription at the pharmacy a couple months ago and I pick up a worn paperback copy of Michael Palmer's novel, "The Last Surgeon," from the book rack to pass the time.  I read the entire first chapter with my mouth open.  This thing was spinetingling from the start.  I brought it home and finished it within a couple of days.  Yes I paid for it, don't interrupt. Then a couple of days later I notice Michael Palmer is actually a Twitter friend.  Since then, we've developed this very close relationship over Twitter to the point where he will be stopping by for dinner next week during one of his book tours.  Okay I made that up, but it sounded good coming off the keypad.

It turns out Michael is a genuine person who will respond to comments and really does interact with his readers, even though every one of his books has been a NY Times bestseller.  He spent 20 years as a fulltime Internist before turning his full attention toward writing.  He's also been on medical missions to third world countries to help the impoverished and still volunteers at Massachusetts Medical Society Physician Health Services —an organization that helps doctors suffering with physical and mental illness or substance abuse.

He writes some of the best medical/political thrillers of our time, including Extremes Measures which became a movie starring Gene Hackman and Hugh Grant.  His latest thriller is titled, "A Heartbeat Away."  I'm very grateful he agreed to play 5 questions with me.  Thanks Michael.

1- The Last Surgeon offers possibly the best opening chapter I’ve ever read. Is grabbing the reader from the first paragraph a relatively new phenomenon? It seems like years ago authors could spend a chapter or two introducing their characters before there was any serious action going on. Am I wrong about that?


I can't speak for other authors, but almost all of my books have high-octane prologues. The energy these prologues provide immediately upon starting the book enables me to slow down a bit with chapter one. But a thriller is meant to thrill, so I never want to have character development replace story. The two should go hand in hand.

2- It’s obvious you’ve mastered the art of writing, yet you claim to have had no flair for it when you were young. It begs the question—are writers born, or can they be developed?

I believe writing can be taught. What is point of view? What is pacing? What is "voice?" What cannot be taught is a sense of story and what is dramatic. I believe I developed that sense early in life and later discovered that it made people want to read what I had written.

3- You do a terrific job at keeping the tension at a high level throughout your novels. Is that a learned skill, or does that come during the editing process?

I trust my instincts and my editor, as well as a couple of skilled readers. The guiding quote throughout my writing career came from my first editor, the late, legendary Linda Gray. I told her I was worried about my book because I didn't think there was enough action. "Michael," she said, "you must never forget that we are paying you not to write action, but to write tension."

4- Outside of writing, what’s your favorite weekend activity?

I usually write to one extent or another 6 days a week. My retreat is a 230 y.o. farmhouse on a lake in southern NH, 70 miles from here. There we have tennis, canoeing, fields to run in, and plenty of places to read. I love movies and when I have have time, play tournament bridge, and am a sports nut--mostly for Boston teams.

5- With the increased attention toward the digital platform, what do you think the publishing world will look like in 5 years?

I am a professional at staying in the moment, not projecting, and controlling only those things I can control. It looks like the electronic age will have more people reading, but less of them reading paper books. My job is to keep writing good stories so long as I can earn a living doing it.

A TOUCH OF REVENGE IS FINALLY HERE

For those who've followed this blog, you know I do very little self promoting.  Most of the time I try to offer information about other writers who I find interesting and worthy of attention.  Occasionally I've added stories of my own journey as an Indie author.
Now I wanted to let everyone know the sequel to A Touch of Deceit has finally arrived.  Here's the link to the Amazon site should you want to check it out. Thanks:
http://www.amazon.com/Touch-Revenge-Bracco-Thriller-ebook/dp/B0050O7ZQS/ref=pd_rhf_p_img_1
Posted by Gary Ponzo at 11:33 AM 7 comments: 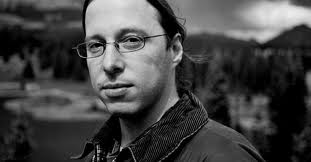 When I speak about writers who have taken the Indie path by choice, author Blake Crouch is "Exhibit A."  He had books published with St. Martin's Press and was gaining a foothold in the traditional publishing world when his new thriller, "Run," seemed to linger on editor's desks without any enthusiasm for the work.  Blake felt this was his best novel and became disenchanted with entire process.  That's when he decided to publish it himself.  It's turned out to be a game-changing decision for him.  The novel is consistently one of the top selling eBooks on Amazon and deservedly so.  I read the book in one sitting.  I've honestly never done that before or since.  It's that good. What's even better, though, is the pitch: 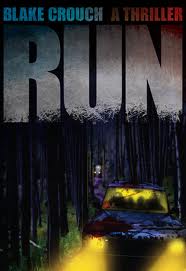 A cop walked into a nursing home and unloaded his weapons on elderly and staff alike.

A mass of school shootings.

Mind-boggling acts of violence in every state.

The President addressed the nation and begged for calm and peace…

The killers began to mobilize…

All the power went out…

They’re reading the names of those to be killed on the Emergency Broadcast System. You are listening over the battery-powered radio on your kitchen table, and they’ve just read yours.

Your name is Jack Colclough. You have a wife, a daughter, and a young son. You live in Albuquerque, New Mexico. People are coming to your house to kill you and your family. You don’t know why, but you don’t have time to think about that any more.

You only have time to….

Good, huh?  Anyway, Blake's obviously a rock star in the Indie world, but he was kind enough to spend some time to play 5 questions with me.  Thanks, Blake.

1- How nerve-racking was your decision to go from the comforts of St. Martin’s Press to the complete uncertainty of Indie publishing?


SMP was never comforting. It was an exercise in frustration and people making stupid decisions beyond my control. Still, pulling RUN from submission was a little scary, but the payoff has been amazing, and I'm so glad I took the leap of faith.

2- Now that you have complete freedom to create whatever story you want, is there a tiny part of you that secretly pines for an experienced editor to give you boundaries?

No. My writing friends with whom I swap manuscripts and brainstorm ideas are the best editors I've ever had.

3- Certainly a good cover and a low price helps an eBook’s sales, but ultimately doesn’t it have to be a really good book to succeed in today’s market?

Of course. The same as with traditionally-published books, it takes great word-of-mouth for a book to go supernova, and that just can't be faked or bought. It takes a book that connects with a lot of people to generate the word-of-mouth necessary to create a bestseller.

4- If a first-time novelist bumped into you at Starbucks tomorrow morning and asked if he should pursue an agent and try the traditional route or go immediately to Amazon with his work—what would you say?

That's a tough one. Releasing a novel on your own in the current climate is probably ideal, but only if you have the skillset and knowledge to do it right. I would probably just tell them to read Konrath's blog.

5- Is there anything along this digital road which concerns you about the future of the publishing?

The massive amount of instant-gratification god-awful writing being uploaded on a daily basis. Just take a look at the Smashwords homepage and you'll get a taste of what's being uploaded every hour. It's horribly depressing, and I just hope the market doesn't become so inundated with this sewage as to make it impossible for people to find the good stuff.

Below is the Amazon link to "Run."