HOW TO WRITE A THRILLER

I don't do how-to's very often.  It sounds pompous to have the recipe for a good thriller locked up into one blog post.  However, I do have some tips to help authors who endeavor to write thrillers.  There are certain ingredients to the recipe that make for a great reading experience.

First of all you need a protagonist who is flawed.  Even Ian Fleming's, James Bond, had his flaws.  Yes, he was a womanizer who drank and smoked.  The same goes for Raymond Chandler's, Phillip Marlowe, who had a weakness for scotch and long-legged women.  Think Macbeth or Gatsby or Jason Bourne. Very flawed indeed.  Even Indiana Jones was afraid of snakes. 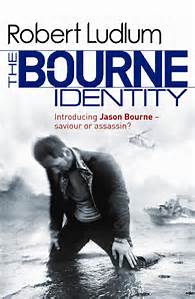 Second, you need an antagonist who is believable.  I know we're conditioned to seeing movie villains who are simply there for maniacal reasons.  They're trying to blow up the White House, or poison the planet's water supply, but why?  The best antagonist has a plausible reason for their behavior.  Make him/her have an underlying reason for their actions.  This makes it compelling for the reader to understand the plotline and stay with you until the end.

Finally, and the most important part of the process, is the rhythm of the story.  This can be characterized as a writer's style.  How you negotiate the mixture of dialogue and narrative will eventually determine the ability to force the reader to turn the page.  Resist the temptation to show off all your knowledge of a certain subject.  If you're a gun enthusiast, don't spend three paragraphs explaining the intricacies of a 9mm Beretta.  It's what the character is doing with the Beretta that matters.  The ultra successful Elmore Leonard famously said, "Try to leave out the part that the reader tends to skip."  That's probably the best advice.  You probably never skipped over dialogue did you?  I'm not saying you should leave out important details, but mix it up.

The best way to do this is to "Show not Tell."  This is also a popular saying that needs to be followed.  Don't say, she was mad.  Show her slamming her fist on the desk.  It's rhythm.  It's the cadence of the story that keeps you reading.  A good way to make sure this is employed is to use the 5 senses in every scene.  The sound of the waves crashing on the shore as the detective searched for the body.  The smell of formaldehyde during the autopsy.  All of these pull the reader inside the room and place them right there in the scene itself.

If this sounds like basic stuff to you, then you're already a seasoned author with a solid grasp of the fundamentals.  But as with any profession it requires talent and routine.  Even major league baseball players hit off of a tee every day during the season to keep that muscle memory going.  As long as you employ these features in your writing, you're bound to have a successful product on your hands.  And I'll let you decide what success is, but for my money, success comes from reading your work with a smile on your face knowing you did your very best to write the story you were trying to tell.

Posted by Gary Ponzo at 9:50 AM No comments:

When Nick Bracco was just 16, his parents were gunned down by gangbangers in their hometown of Baltimore.  We learn about this event in the short story, In the Beginning.  Nick ends up living with his cousin Tommy and they become inseparable.  They spend lots of time at Pimlico Race Course, hanging around the stalls and picking up information about lame horses and crooked trainers.  This is where their childhood accelerates into adulthood.


Around this time, Tommy gets mixed up with a bookie who offers them the identity of the two kids who murdered Nick's parents.  Both kids want revenge.  The bookie offers the boys the resources to get the murders alone and Nick and Tommy get their chance to retaliate.

This is the very moment that defines the two cousins.  Tommy wants to kill the boys and he’s ready to put them down and move to Florida to escape prosecution.  Nick is onboard, but something stops him.  Maybe guilt from his Catholic background.  Maybe the ethics engineered into his system by his father who was a Baltimore Police Officer.  A man who reeked of integrity and fairness.  A man who insisted on having a black partner so he could better understand the plight of inner city kids and their challenges in a white world.


So when it came time to fire his weapon and change the fate of their lives, killing the two souls who took away his father, Nick hesitated.  Tommy urged him on, but Nick could feel his father looking down on him.


It must be understood that Nick had no interest in following his father’s footsteps and joining the Baltimore Police Department.  It never even occurred to him, until that defining moment when Tommy insisted that Nick didn’t follow him into a life with the Mafia.


You can learn exactly how Tommy prevented Nick from other bad choices and how Tommy acquired the colored toothpick habit and much more in the very first Nick Bracco short story: In the Beginning.
Posted by Gary Ponzo at 7:59 AM No comments: