HOW TO MARKET YOUR NOVEL

I generally despise how-to posts.  It's the reason after two years I've rarely posted one.  But I recently received an email from Geoff Nelder, a writer who entered a monthly writing contest I ran on this blog back in 2010.  He felt his honorable mention in my contest helped get him a book contract for his novel, Left Luggage.  He thanked me for running the contest and offering attention to relatively unknown writers. 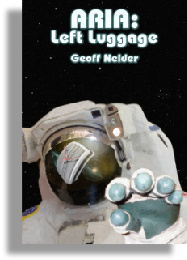 I think he may have overstated my influence in his accomplishment, but it brings me to the genesis of my topic: What are the best ways to market your novel?  Facebook? Okay.  Twitter?  Fine.  Ads? Sure, why not.  Blog? Eh.  What am I getting at here?  The fact is, I don't believe any one of these things can garner big sales all by themselves.  And all together they amount to name recognition, but not much more.  What I found to be the best method of getting your name out there is to find other authors like yourself and help them out.  And I'm not talking about sucking up to people for pure reciprocal purposes.  I'm talking about sincerely promoting people who you believe are good writers with good reputations.

This blog originally began as a monthly contest for writers to get exposure for their work.  I offered a $50 Amazon gift card each month to the winner of the strongest scene. (Yes, that's where the title came from.)  I never charged a submission fee and paid for the gift card out of my own pocket.  Why?  Because I thought it would help promote other writers.  Period.  There was no ulterior motive.  Then, I became so inundated with submissions I couldn't find time to write, or spend time with my family, or eat regularly, so I turned to interviewing writers instead.  I interviewed John Locke before he was John Locke--Rick Murcer, before he became an Indie sensation--and Robert Bidinotto right before his career took off as well.  I always do the research and ask specific questions for each author and it pleases me to see their careers progress. 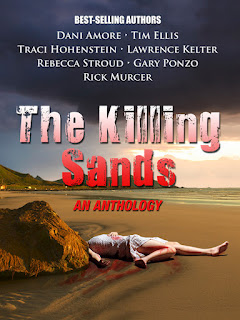 So is this the best method of marketing yourself?  Getting to know other writers and developing relationships with them?  Yes, I believe this is a grass roots way to gain attention from other writers and therefore tapping into their readers' radar screen.  Am I saying you need to start your own blog to make it happen?  No.  A simple Facebook share every now and then for a writer trying to get their books noticed is good.  A Retweet.  A Facebook "Like."  These all add up.  Again, pick someone who you respect and believe deserves attention.  Don't expect anything in return.  It's a good gesture and that should be its own reward.  For me, I was able to receive a nice blurb from John Locke for my books.  Rick Murcer actually thought enough of my work that he invited me to participate in an anthology with six other writers.  I was very humbled.  Did I expect any of these things?  Of course not.

Maybe the most important part of this concept for me was the friendships I've developed.  I'm online less and less these days, but I do try to keep up with people like Claude Bouchard and Luke Romyn and Stuart Ross McCallum.  These are writers whom I first met when starting this blog and I still try to help them whenever I can.  I've read their work.  They're fine writers.