There's a new breed of author out there--brash, unfiltered and untouched by the New York publishing industry.  These are writers who chose to go it alone without a life jacket or the approval from the establishment.  Shame on them.  They bypassed and integral part of the system.  The part where an editor in NYC decides whether his publishing house can make a bunch of money off their book.  The reason these fine men and women decided to skip this step was because: A- They decided they could make more money on their own without a publisher taking 85% of the profits, or B: They didn't need to make a killing from their book sales, because they don't have to pay rent in an uptown Manhattan high-rise, or pay a bunch of staff, or any number of expenses a big publisher incurs.

Now, I never bag on big name authors, they deserve all the accolades and revenue they derive from the current system.  I've interviewed many of them on this blog and will continue to do so.  I just felt it was time to promote some very talented writers who deserve even more attention than they've received.
Victorine E. Lieske:    "Not What She Seems."   Steven Ashton, a billionaire from New York, and Emily Grant, on the run from the law...and when they meet he can’t help falling for her. What he doesn’t know is that interfering in her life will put his own life in danger. 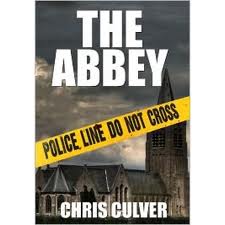 Chris Culver: "The Abbey."  Ash Rashid is a former homicide detective who can't stand the thought of handling another death investigation. In another year, he'll be out of the department completely. That's the plan, at least, until his niece's body is found in the guest home of one of his city's most wealthy citizens. The coroner calls it an overdose, but the case doesn't add up. Against orders, Ash launches an investigation to find his niece's murderer, but the longer he searches, the more entangled he becomes in a case that hits increasingly close to home. If he doesn't solve it fast, his niece won't be the only family member he has to bury. 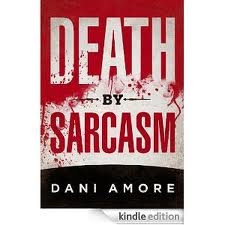 Dani Amore: "Death by Sarcasm."  Mary learns that her uncle, a former stand-up comedian has been murdered. She is asked to assist in finding the killer by both the police and family members. Mary quickly discovers that her uncle’s death was just the opening act for a bloody rampage. As Mary investigates, she exposes a dark and deadly legacy with mysterious links to her own past.


The common thread of all of these books are: A- They've been written by Indie authors. B- They are extremely well reviewed books. C- They are all currently in the top 100 on Amazon's bestseller list for Kindle books.
If you're looking for a good read, give one of these books a try.  You're going to get the story straight from the author's mouth, exactly the way they wanted it.
Happy reading.