In order to keep pace with the ever-changing publishing world I've kept in contact with several traditionally published and Indie writers to check the pulse of the industry.  Approximately six months ago L.J. Sellers moved from the Indie world into the fold of Amazon's publishing company, Thomas and Mercer.  As a collection, her books are unquestionably selling better now than ever before, so I thought I'd bring her back to offer her insight to her success and her thoughts on all things publishing. 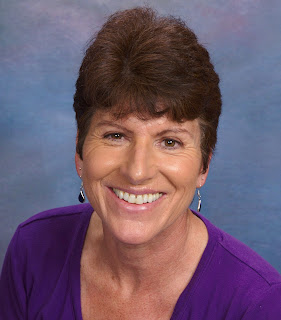 1- Your Detective Jackson mysteries have always been a popular series, but your career seems to have really blossomed since joining T&M.  Are you surprised at how successful you've become so quickly?
I'm very pleased, and yes, a little surprised. I expected to see my readership expand but not necessarily double. Of course, Amazon has been heavily promoting the Jackson books post-release, but I don’t expect that to last. However, I do see the company running specials for other T&M authors periodically, so they do support authors' books even after the initial release, which traditional publishers rarely do. So I’m optimistic that my books will remain visible for the long haul.


2- How is your relationship with the editors at T&M?  We hear about long waits for traditional publishers to return calls and emails.  Of course you would never trash anyone, but is there just a different standard for large houses like T&M and others?
I love the whole T&M team. Everyone is very responsive, especially my editor. He's answered my emails from home, late at night, which I never expected. I tell him, "Don't work on weekends because of me. It can wait until Monday." I guess he figures if I'm working at nine on Saturday night, he should be too. Alan is very supportive. He keeps saying, "It's your book, your decision." Additionally, the marketers and PR people at Amazon always talk about "the customer experience" and how they want every customer to have a good experience. It's just part of the company culture.

3- Along those lines, if you were to bring a new manuscript to your editor right now, how long before we would see it available for the market?


I would expect that timeline to run six to eight months, at most. I'm in a odd pattern now because they bought nine backlist titles, created covers and edited the works, then released them all at once. And I wrote two front-list titles while that was happening, one of which they published last month. So after having ten books released this year, I'm waiting for my turn to be published again. But after this year, I hope to publish a new book every six months with T&M.
4- What distribution channels does T&M have other than Amazon?


Amazon Publishing is a new business, and distribution to bookstores/retailers is still the biggest hurdle. Amazon Encore, the flagship imprint that's based in NY, has a distribution deal with Ingram, and I believe all T&M books are listed with Ingram. Whether bookstores will order them remains to be seen. But honestly, I gave up on bookstores two years ago, so I had no expectation that my novels would suddenly be displayed at Barnes & Noble. And the way things are going, B&N soon won't be displaying novels at all. The trend—even in print fiction—is to purchase online, and Amazon owns that space, so I'm not worried. Also, my Jackson series will soon be available in the German language, so my worldwide distribution is expanding.
5- Do you ever see the day where you could be an Indie writer again, maybe with an entirely different series of characters?


It's certainly possible. I'm writing a new thriller now with a very strong character who could carry her own series. I already have ideas for future novels with her. I plan to submit the manuscript to T&M, but I’m under no obligation to sign with them. Yet, why wouldn't I… if the terms are as good as the last contract? Especially now that I know how effective the marketing machine is. So yes, it's certainly possible, but I'm very happy with T&M, and I hope to continue to partner with them. The only thing that might make me hesitate would be a long delay in time to market.
Posted by Gary Ponzo at 11:53 PM 4 comments:

Recently I'd become acquainted with an ambitious writer who's chasing the dream of becoming a published author.  He'd read one of my books and asked if I would meet him for drinks and discuss my travels along this path.  When we got together one of the first questions he asked was, "So how do I go about getting published?"  To which I responded, "Is your book finished?"  Well, you seem like a very smart audience so I'm sure you've already guessed that he hadn't even started writing a book yet. 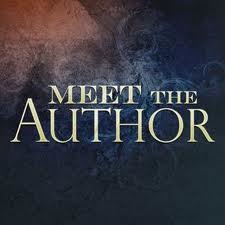 You see, asking about the publishing process before you've finished polishing off your book is like a golfer asking what they should wear to the champions dinner before ever entering into an event.  Or even learning the sport.


We ended up having a terrific evening of drinks and appetizers and hours later I agreed to exchange chapters with him so we could critique each other's work along the way.  I'm always searching for new eyes for my writing and he was excited about the idea of working together.
Now fast forward a month.  This writer sends me the first 40 pages of his book to review and we agree to meet once again for drinks to discuss his writing.  I must say this guy was an English major and had probably one of the strongest command of narrative I've ever seen.  There was no doubt he could write.  His story began with a young woman trapped in a torrential rain storm up in the mountains where a strange man finds her unconscious and keeps her safe and sheltered through the night.  I was fascinated to find out where the story was going only to discover the woman fantasizing about having sex with her rescuer the moment she awakes.  And when I say fantasizing, I mean a body-thrusting, orifice-penetrating, erection-filled sexual fantasy that would make Hugh Hefner blush.  Then , two scenes later, she's reminiscing about the first night she'd slept with her husband and explained parts of her anatomy her gynecologist hadn't thought of checking.


Everything I've just told you is true.  And I'll bet this isn't the only incident of a writer chasing after a dream which turns out to be someone else's.  Getting anything published these days is hard.  Try selling a short story to a literary magazine with a circulation of 300.  It's damn tough.  And while I am certainly no expert on which path to take on the way to success (whatever that may mean to you.) Please, if you really want to chase the dream and become an author and maybe even develop some loyal readers along the way--chase your dream.  You will have very few regrets along the way.
Posted by Gary Ponzo at 7:53 AM 3 comments:

A TOUCH OF MALICE IS FINALLY HERE. 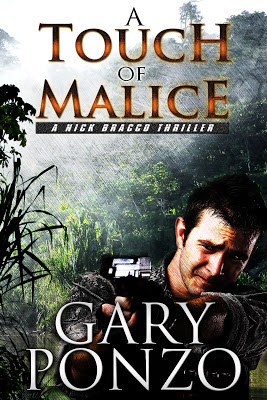 The year-long wait is over.  The latest Nick Bracco thriller is now available exclusively on Amazon.  I rarely do any self-promotion, but once a year I release a new book and I've had so many readers asking when it will be released.  Well, the answer is today!