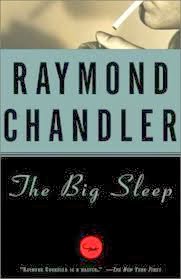 As I listened to a song by The Postal Service the other day I couldn’t recall whether it was a new song or it was something they’d released a decade ago.   Normally I would go to my CD collection and check out the case to search for the title of the song, but it wasn’t there. It happened to be one of the very first songs I downloaded on iTunes, so physically it wasn’t there and somewhere deep down inside I felt deprived.  Those CD’s stacked on the shelf in my office are a symbol of my cultural being.  Part of my soul resides on that shelf announcing to anyone observant enough to notice that I’m an alternative rock music fan.  I grow weary of the same Nickleback song pulsing across the airwaves and I need the obscure Pop/Rock bands who seem to bypass the major streams of distribution.  This is my own personal taste which is reflected on the CD cases.  But with digital downloads, part of my past seems to have evaporated.

It’s this way with books as well.  That copy of Raymond Chandler’s “The Big Sleep,” reminds me of when smart-aleck dialogue became an acceptable form of literature.  At least that was my first introduction into the underbelly of character-driven narrative.  It’s why Elmore Leonard was so endearing to his readers.  When I look on my desk and see 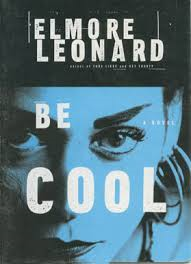 literary giants like Chandler and Leonard mingling with classics like “Fahrenheit 451,” or “Of Mice and Men,” I remember why I became a writer in the first place.  How different would my career had been if I were just starting now and read everything digitally.  No wall full of books to motivate me.  No book spines staring at me while I’m searching for the proper phrase.


It’s the reason we take all our pictures digitally, yet still have them printed and framed to hang on the wall.  Otherwise they remain in our phones and go completely unnoticed.  In this way, I’m afraid some of our best writers are going unnoticed as well, hidden in the dark recesses of our computers or digital readers.  Only exposed to a readers eyes when they are actually in the process of reading it, then stored in the virtual basement for eternity.

Do I read ebooks?  You bet.  But somehow that old copy of “Brave New World,” won’t be going anywhere for a very long time.  In that regard paper books are an important part of our culture and somehow we need them to remain with us long after we've read their contents.

Now where’s that Doors album I've been looking for?
Posted by Gary Ponzo at 10:42 PM 3 comments:

Jim Fusilli is a multi-talented author.  He's written fiction for young adults, published many short stories and is the rock and pop music critic for the Wall Street Journal.  He's been nominated for an Edgar and Macavity award and his book, "Hard, Hard City," was voted Novel of the Year in 2004 by Mystery Ink Magazine.  But in 2012 he launched a new mystery series with the novel, "Road to Nowhere."  It's this story of a troubled drifter who witnesses a brutal assault on a young woman and is hurled into a vortex of violence and double-crosses which intrigued me the most.  I found "Road to Nowhere," to be extremely well-written and kept me turning pages all the way to the end.  Jim was kind enough to spend a few minutes of his time to talk about his writing career with me.


Thank you.  My approach to my fiction and journalism are entirely different, though I suppose there are inevitable points of comparison regarding style, in particular the sweep and rhythm of language.  At The Wall Street Journal, there’s a tradition of long-form features where reporters also had to be fine writers, so I came up in the field reading terrific writing and aspired to do it as well.  Thirty years ago, magazines were publishing long-form nonfiction by the likes of Norman Mailer and Tom Wolfe.  There was no shortage of flash there.  Norman Lewis is one of my favorite writers and his reporting, especially from Italy in the World War II years and thereafter, is dry – in the sense that it places fact above flash – but he knows how to set up his points and they arrive with full power.  He seemed to strike the balance between journalism and opinion that I prefer, more so than what was called “the new journalism” or Truman Capote’s “nonfiction novel,” as much as I admire “In Cold Blood.”
When I look back some of the columns I’ve written for the Journal – I’ve been preparing an anthology – I can tell which ones I wrote when I was also writing a novel – as opposed to researching or editing and re-editing and re-re-editing various drafts of a novel.  The language is more fluid and in service of an emotional connection.  That’s not necessary a plus:  My column is about 800 words and I need to get right to it for busy readers.  But every once in a while it works to keep things fresh.

2- Which form of writing is more satisfying?  Fiction or nonfiction?


I enjoy both quite a bit.  I’m one of those lucky writers:  I love to write; and I find all kinds of writing satisfying.  It was difficult for me to learn how to utilize the novel as a form – I don’t think I fully understood it until “Narrows Gate,” which was my sixth published novel.  Journalism came a little bit easier.  I had a bit of a voice as a young writer and by the time I began to write for the Journal, I was surrounded by reporters and editors who were the best in their field.  They helped me improve.  To be in their company, I had to strive for excellence.  If I had to choose, I’d say it’s more satisfying to write a successful novel – successful in the sense that the story that emerges organically from setting and is well told in service of the reader – just because it was so hard to raise whatever sense of craft I had to the level of art.

3- The main character in Road to Nowhere and Billboard Man is nameless. Does that offer any more freedom than a named character? Or do you feel that adds more intrigue to the narrative?


Halfway through “Billboard Man,” his real name is revealed.  The character who we meet as Sam is disassociated completely from the world in which he lives.  His name doesn’t matter:  He exists, but doesn’t live.  Over the course of the two books, he is moving inexorably toward recovering his self, even if he believes he can’t or doesn’t want to, so it was inevitable that he’d be Donnie Bliss again.  By the way, there’s a bit of a logic at work in the aliases he chooses.  Just a little foreshadowing.

4- Road to Nowhere is set in Chicago and Billboard Man starts in Arizona.  Since you live on the east coast, how did you choose these locations as the setting for your books?


I wanted to give Sam a sense of dislocation so I chose places that I’d visited, but didn’t know all that well.  As a journalist, I travel often.  I arrive in a city, stay a day or two, talk to a few people, walk around a bit, take in the atmosphere, make notes and do my story.  If I have a visceral reaction to the city, I can recall it for my fiction.  For example, the town of Jerome, Arizona – which is where “Billboard Man” begins – is home to the vineyard and wine shop of Maynard James Keenan, the singer in Tool and A Perfect Circle.  We spent a nice day together in Jerome.  I’d been there before, but to have Maynard as a guide was special.  I thought I’d revisit it in a novel.  I would be writing from a perspective that was slightly surreal, not unpleasant and yet alien.  Then the story moves to Memphis, a city I don’t know as well as I should.  But I thought maybe it was time to put some music in one of my novels.  Several key scenes take place in or near Sun Studios, which is where Elvis and Johnny Cash and Roy Orbison and Jerry Lee Lewis made so many of their hits.  I guess the point there, however subliminal, is the past is a thing you can’t escape.
With Chicago, I always feel a bit lost there.  Those big buildings on Michigan Avenue, the El and the lake:  They don’t really care if I’m there or not.  I wanted “Road to Nowhere,” the first Sam book, when he was just emerging from his darkness, to ring with that sense of alienation.

5- With the reduction of paper books and bookstore signings, how does digital publishing change how you market your work?  Or does it?


It does.  Very much so.  I miss working with the owners and staff at independent bookstores, and I miss talking to readers.  In the six years it took me to write and publish “Narrows Gate,” I’d forgotten how much I enjoyed the experience of coming into a town, visiting the staff at the bookstore, doing a reading – though I’m a dreadful reader of my own work – and then spending time with readers.  I loathe the idea of author as celebrity, but I have to confess that getting good feedback from smart readers feels a bit like a reward for the effort of writing the book.
In a sense, I’m conflicted about the new world of publishing because I don’t really care about delivery systems – for me, a book isn’t paper and ink.  It’s a story by an author written for readers.  I like the immediacy of downloading, and I can use social media and my mailing list to alert people to when there’s a good discount on one of my books on Amazon.com.  But I’m the kind of author who really profits from hand-selling.  My books aren’t for everyone, just as my column isn’t for everyone.  Independent book sellers have been very good to me and I believe the sales of “Road to Nowhere” and “Billboard Man” have suffered because I haven’t made it possible for those book sellers to introduce the books to their customers who they know would enjoy them.  I have to do something about that.

Posted by Gary Ponzo at 4:18 PM No comments: