Obviously every top ten list is subjective, however, the ‘90s was the decade that introduced some great authors who went on to wild success in their genre.  Lee Child and John Grisham just to name a couple.  The other aspect of this list is that I’ve read each one of these books so there’s no guessing as to the validity of their worth. I’m not just going by sales figures or popularity, although most of these books were bestsellers.
Here now is my list, in no particular order: 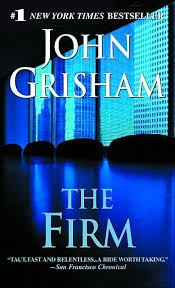 Yes, technically this was his second book, but we all know this was the one which got him noticed.  There were courtroom dramas before this thriller, but Grisham took you out of the courtroom and into the family room.  He brought crime to an unsuspecting and naïve lawyer who had everything to lose.  The tension is taught all the way through and it’s a relief when it’s finally over.

Jurassic Park—Michael Crichton
This was a mixture of pure entertainment and wildly imaginative scenarios.  Crichton’s narrative is subtle and his explanations for the recreation of dinosaurs is so believable that you never have to suspend disbelief.  This was really a pure joy to submerge yourself into a world where humans become corrupt and animals behave like animals.

Gone Baby Gone—Dennis Lehane
This was a deeply twisted storyline that kept you guessing all the way through.  At one point I thought I had it figured out, but was completely wrong.  It’s a Good versus Morally Correct scenario and Lehane is a master at bringing the complexities of the human condition to the forefront of the narrative.

The Black Echo—Michael Connelly
The very first in the Harry Bosch series.  This also won the Edgar Award for mystery novel.  At its heart this is a mystery, but there are thriller elements to the narrative that can’t be dismissed.  Harry Bosch is a complicated character and Connelly spent painstaking time delivering that element to the reader.  Of course there’s a twist ending, but Bosch’s troubles are always on his shirtsleeve.  A fine debut.

The Killing Floor—Lee Child
This is a no-brainer.  Our introduction to Jack Reacher.  The first time I read this book I was taken back how the prose was so sparse, yet so detailed at the same time.  It seemed that Child would draw you into Reacher’s mind with such vivid imagery, you almost forgot about the great dialogue.  The story is probably the strongest in the series, because it was all new to us.  So glad there would be a jillion more Reacher stories to follow. 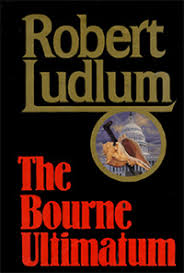 The final book in the Jason Bourne series and quite possibly the best.  Carlos the Jackal is after Bourne and the storyline is complicated, but Ludlum masterfully navigates his way through the narrative.  There are bribes, assassins who guess wrong, double-crosses, and ultimately a satisfying ending for Bourne.

The Lion’s Game—Nelson Demille
My favorite of the bunch.  Yes, technically published January, 2000, but that’s close enough.  At first the New York detective John Corey character was too wise-guy for me, but I developed an affinity for it and by the third chapter I was engrossed.  The opening scene has a 747 landing at JFK Airport without contact from the pilot or crew while carrying a Libyan terrorist on board.  The scene goes on for several chapters and switches point of view from the terrorist to John Corey.  The book is 700 pages long, but that was way too short for my liking.  My first introduction to Demille and I grew to love his work.

LA Confidential—James Ellroy
Many books on this list are more popular because of the movie version, but this one needs the respect of the writing to be appreciated.  Ellroy writes with a unique style of giving you snippets without indulging you with all the facts.  Some writers tend to oversell the story, but Ellroy is just the opposite.  If you feel like you missed something, just keep reading and you’ll catch on eventually.  No matter where you are in this story, you’re going to enjoy the ride. 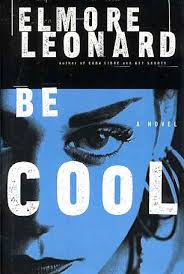 Yes, this is nonfiction and therefore not considered a thriller.  However, this book told one of the most spellbinding stories I’d ever read.  The fact that it was a true story written by someone who actually summited Mt. Everest, makes it completely enthralling.  Krakauer follows a team of enthusiastic, yet inexperienced climbers as they battle ferocious hurricane winds, altitude illness and minus 70-degree temperatures.  Krakauer’s prose is powerful and honest and rips at your gut as confused climbers suffering from oxygen deprivation decide to sit down and pull off their clothes in uninhabitable conditions, expediting their demise.  Truly a mind-blowing ride.

Be Cool—Elmore Leonard
This guy is my all-time favorite author.  Until I read Glitz in the early ‘80s, I had no idea that dialogue could be so gritty.  It hadn’t dawned on me that certain seedy characters spoke in slang and didn’t speak in full sentences. Be Cool is the sequel to Get Shorty, which was also a great book, but there are some memorable scenes in this one that takes it over the top.  I’ve spent half my writing career trying to create a character as clever as Chili Palmer.  If only.
Posted by Gary Ponzo at 11:29 PM 3 comments: