Jonas Saul is an International Bestselling Author with loads of talent and a core group of readers who’ve stayed with him throughout his career.  It’s this loyalty that has kept him on the bestseller list and he rewards them with quality writing and massive production.  It seems like he releases a new book every week, but that’s just the jealousy talking.  I first met Jonas a few years back when he entered a writing contest I’d run through this blog.  It was quite obvious even back then he was someone to keep an eye on.  Now he’s one of the top producers in the business.  He was kind enough to remember my name and spend a few minutes to play 5 questions with me.

1- Your Sarah Roberts character is unique.  Tell us about the series.  Who is Sarah Roberts, and how is she different from other protagonists? 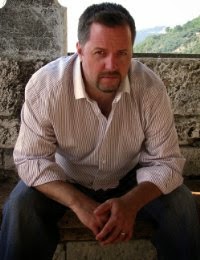 Sarah is an Automatic Writer. Her sister, raped and murdered many years ago, works through Sarah by giving her messages of future crimes. Sarah has become a vigilante but with a unique twist. She talks to the dead to save the living.
The Sarah Roberts Series began when Sarah was eighteen years old in Dark Visions, Book One. Now in Book Ten, The Antagonist, which is available for preorder and releases April 22, she’s twenty five years old. During the course of the series, Sarah has matured, and grown into a woman. As the readers move through each book, they get to grow with her.
She’s a realist. She tells it how it is and never bluffs. She lives by certain rules that have kept her alive and she has a unique ability to see through people as she’s quite aware that everyone has an agenda. Learn the agenda, understand their motivation.

2- Talk about the Mafia Trilogy.  How did this come about, and will it spawn any other books?
The Mafia Trilogy came about one day when I was reading the newspaper. I had read a piece about a UPS driver in New York who had hit a young girl with his truck after she had run into traffic. The incident was deemed an accident by local authorities. A little while later, that UPS driver was found dead by an execution style hit.
The little girl was the daughter of a reputed mob boss in New York.
I was taken aback by this article so I wrote the Mafia Trilogy. It starts with the son of a Mafia boss in Toronto being killed by accident and the fallout that came after that. Except in this case, the Mafia suffers great losses.
I have no plans to write anything further in this series.

3- You’re an extremely prolific writer.  Tell us when you were able to convert to writing full time and how many hours a day do you actually spend on your craft?
For over twenty years I ran several privately owned retail stores. In early 2010, I sold off the last of them as I wanted to pursue writing as a career. My wife offered to keep working outside the family home, so I made her a deal:
Give me one year. At the end of that year, I will be making enough money from my writing that she would be able to quit her job and never have to work again.
She agreed to this deal and quit her job a year later, early 2011. 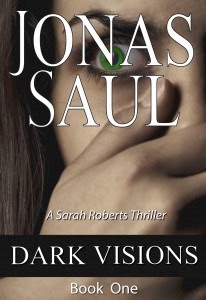 I began writing full time in April 2010 and have been doing so since. By May of 2011, my wife and I took off for a two-year tour of Europe where I could write freely and use exotic locations in my novels. I now have two novels set in Italy and two novels set in Greece.
When I’m immersed in a novel, I write 5000 words per day, six days a week. During that time, I start in the office by 9:00am and usually finish by mid to late afternoon.
When I’m not writing new words, I’m on social media, I’m researching the next novel, or performing edits on the last one. Currently my output is six novels per year as a minimum.

4- You and your wife travel all over the world together.  Where is your favorite location to visit?
We spent two years traveling through eight European countries. For me, the eleven months we lived in Greece were my favorite. Italy is a close second. But so is Denmark. Three months in Denmark wasn’t enough. We’re already planning a trip back to Europe for a month or two this summer with Copenhagen, Athens, Rome, Amsterdam, and Florence as destination cities.

5- What is your next project and what’s on the horizon for Jonas Saul fans?
For now, I’m focused on the Sarah Roberts Series. I have The Antagonist coming out in April and then The Redeemed due in June. After that, The Haunted should be available by August and The Unlucky, Book Thirteen in the series, should be out for Halloween.
My goal is to have 50 Sarah Roberts novels by the time I’m 50 years old. I’ve got five years and just over thirty more books to go. At six novels per year, I’m still on target.
Also, I’m attending the Thrillerfest Conference in New York at the Grand Hyatt in early July this year. Seriously looking forward to that!
There are a few other things in the works with one LARGE announcement coming soon, but I can’t elaborate on that just yet.
Thank you Gary Ponzo for taking the time to work with me on these questions. It’s an honor to know and work with such an accomplished author as yourself. You have my respect.
Posted by Gary Ponzo at 5:50 PM No comments: