THE FUTURE OF NEWSPAPERS AND MAGAZINES

On August 5th of this year Jeff Bezos announced he was buying the Washington Post for 250 million dollars.  Even though that's the kind of money Bezos carries around for lunch, it seemed like a dubious investment.  I mean newspapers are dying.  The Post had incurred a 44% drop in revenue over the past six years.  Why not wait another year or two and pick it up for 100 million?  Let's face it no one else was bidding for the darn thing.  It sounded like an investment in an 8-track tape manufacturer. 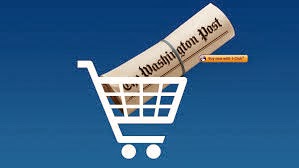 I've searched everywhere for reasons why he did it and every publication which reported the purchase  explains that Bezos really loves the written word.  You know what else Bezos loves? Money.  So why would investing into a dinosaur industry be a wise investment?  Because although newspapers are slowly disappearing, news isn't.  That means very talented journalists are becoming a rare commodity.  The few that haven't jumped ship to other forms of media (blogs, podcasts, etc.) are finding fewer and fewer options to utilize their skills.


Although I've never seen this announced anywhere, it's not hard to imagine this becoming a reality.  And that brings me to the real subject here--the future of publishing.  Let's face it, for decades the publishers held the keys to the publishing world.  Why? Because they held the keys to distribution.  But with digital technology allowing anyone to become a distributor, publishers are becoming less and less relevant.  The ones who really hold the power now are the true digital distributors, Amazon and Apple.  Amazon already owns several publishing companies already so it's not beyond the realm of possibilities that they would create their own magazines for specific genres.  I'm speaking fiction and nonfiction.  With so many talented freelance writers out there searching for a home for their byline, content is dirt cheap.  And Amazon can distribute digital magazines for pennies.  So the content is cheap and distribution is cheap.  Anyone know why Jeff Bezos is one of the most successful entrepreneurs on the planet?  He thinks two steps ahead of anyone else.


Does this mean print newspapers and paper magazines are going away?  No.  You can still purchase vinyl records if you wish.  But the future of newspaper and magazine publishing is certainly digital, and there are no better companies positioned for that form of distribution than Amazon and Apple.  Who will be the first to break through this market?  In my opinion Jeff Bezos has just placed his bet on the table.
Posted by Gary Ponzo at 8:54 AM 2 comments:

HOW NOT TO MAKE IT IN THE MUSIC BUSINESS

I have known Tim McDonald for a couple of decades now and he is probably one of the most overlooked singer/songwriters I've ever heard.  I spent one summer listening to his "Everything in Nature," CD and never once tired of it.  The fact is, he's a true Indie artist in the most complete sense of the word.  When I saw his post in Skope I knew I had to place it on this blog.  Listen to the frustration in his voice.  I'll bet a lot of Indie writers can empathize with his plight.


How Not To Make It In the Music Business

I had the same dream as every other unsigned musician when the internet (supposedly) leveled the playing field. This is going to be great, I remember thinking. I can just do it on my own now!  Who needs a label? All I have to do is put it out there, right?  And so I did that. And that’s what we’ve all done for the past ten years at least, hoping for the best. But do you want to know a secret…do you want to know what happened? 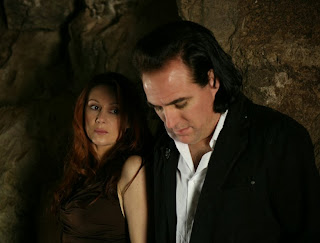 
Nothing. That’s what happened, and I’m still pissed.


Well, I guess I’m over it for the most part. But now the game has evolved into something even more elusive, like some online version of the emperor’s new clothes since nobody ever says anything. Because all you ever hear these days is that if you really want to be successful with your music career, or any other creative business venture for that matter, all you have to do is get more socially connected!


So now that we’ve all been at it for a while, answer me this… are you on Myspark or Faceplant or Urube or Tweaker or Fumbler or Regurgitation Nation, or are ya’ selling on iPlumes or Prankora or Spot-a-fly or any of the other new ones you’re probably missing out on…Or maybe you should just start up a KicksHarder campaign…Oh, and by the way, how many friends ya’ got? Or likes do you have? Or are you trending lately? Or have you gone viral yet?  And if not, that’s why nothing’s happening for ya’ friend, what do you expect?


Well, nothing, since that’s what I’ve learned to expect after playing this game for the last decade. Because let’s be honest, we all know its bullshit for the most part. No matter what business you’re in, really. Ok, it does help a little.


But what we all learn sooner or later is that the real common denominator for any artist to become successful is the same as it was before the internet made us think we could get around it, which is to have the capital and working relationships behind you to really get the word out. Then you go on Faceplant and all the rest, and…voila, it actually does work!


And just to clear up any confusion. For anyone who still buys into the term “indie band” or “indie artist” as meaning any artist, or group of artists, who have become successful completely on their own - I hate to break it to you, but they didn’t. Because the truth is, if they had done it all on their own, you never would have heard of them.


Case in point: Have you ever heard of the indie rock band, Broken Poets? They’re great, I think. They’ve been around for the last twelve years, too. I know. And in that time they’ve produced and promoted four full length records and three EPs completely on their own. They’ve also played a countless number of gigs, big and small, all over the East and West coasts. Well, that’s what I would consider a real indie band, wouldn’t you? But here’s why I know you’ve never heard of them; because they’ve never had the support of a major label, plain and simple. And it’s not for lack of trying either, because I know they’ve tried.


But this is not to say I think the few big record labels left out there are evil because they never signed us. Or that any of the “indie labels” that are usually always affiliated somehow with these bigger labels are bad either. In fact, the way I look at it, if it weren’t for record labels in general I would have never heard the music that inspired me to become a musician in the first place. It’s a system that works, so I get it.


But here’s the clincher. There are many independently run bands and artists still out here - you might call us the unknown indie artists. We’re the ones who just never fit into the framework of what these labels considered to be marketable - which is what the term “indie music” actually meant at first; as a way to describe all the artists and bands that were doing it on their own during those first waves of the internet.


But since just the idea of a self sufficient artist via the web was a threat to the industry, the major labels made a brilliant move obviously. They simply got behind the bands they knew they could market, continued to call it “indie music” and packaged it for the masses; which is how the word “indie” became more associated with a certain lo-fi sound and appearance, rather than as an artist’s preference to remain independent. A very well financed and connected lo-fi sound and appearance, I might add.


Again, nothing against record labels or even the artists they represent. Because as much as we all wish it was just about the music, the process of getting it out there always comes down to the business side whether we like it or not. And that’s why I can’t even blame those first few independently successful bands for teaming up with the status quo so fast. It was just a business decision that made sense I would imagine. And, ok, I’m just jealous I wasn’t one of them.


But just remember the next time you hear that term indie music thrown around so easily, that a lot of us original misfits are still out here. Still producing and promoting our own work under the radar. Because we’re the ones with the scaled down versions of the labels I mentioned above, labels that work just as hard to put out good music year after year, but on a miniscule budget in comparison. Just imagine a label where the art vs. commerce debate gets resolved by default every time.


And just speaking for myself, I’ve been producing my own work and doing things my own way for so long now, I plan to keep it this way. And, yes, even if that day comes when I finally make enough money to be considered by a label as marketable - well, it would just be a matter of unknown indie principle at that point.