Diane Capri is a lawyer turned fiction writer.  Unlike others of that ilk, she was actually ranked in the top 1% of lawyers in the nation.  Now with her success as a NY Times Bestseller and USA Today Bestseller, you could argue she's in the top 1% in both fields.  Does that make her all full of herself and keep the proletariat at arms-length?  No, actually she's extremely social.  She's been involved with many writers organizations, including International Thriller Writers where she served on the board with longtime friend Lee Child.

Diane is also very active on Facebook where you could chat her up on many subjects without ever feeling she's rushing you through her of of readers questions.  If you haven't read any of her thrillers, you should.  Start with "Due Justice," her first Judge Willa Carson Thriller, or "Don't know Jack," her first Hunt for Jack Reacher thriller.  Yes, that Jack Reacher.  Either way you can't go wrong.  She also spearheaded one of the first ebook anthologies with a fantastic group of writers which broke all kinds of sales records.  I could go on, but I'll to turn it over to Diane to let you know about her other projects:

1- It seems that the Deadly dozen was one of the first anthologies to break through to mass success.  How did the Deadly Dozen begin? 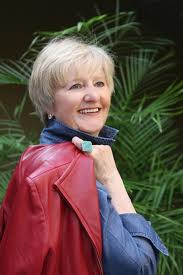 Deadly Dozen was the first big project from The Twelve, the author collective I started in late 2013. The idea behind The Twelve is simple: Twelve authors working together can be twelve times as effective as one author working alone. When I invited the first few colleagues to join, they were enthusiastic about The Twelve concept and we very quickly added the remaining authors to our group. From there, we brainstormed our first project and Deadly Dozen was our unanimous choice!


2- How far up the bestseller lists did you guys go?

Deadly Dozen seemed to resonate with readers in a very big way, much bigger than we expected, actually. We had a simple goal: Make Deadly Dozen available to every reader on the planet who might want to read it as a way to introduce The Twelve to readers and as a thank you to readers who were already fans. Everything we did was aimed at that goal. Which eventually meant that if we could hit the "big lists," because they get so much exposure, we could make more readers aware of Deadly Dozen.

A few weeks after we released Deadly Dozen, the set hit three New York Times lists and six USA Today lists before another set of terrific books by other authors knocked us off the lists. What a great run, though!

3- Did you see residual benefit with your other fiction as a consequence of this collaboration?

Absolutely. We've been actively working to share our books with readers. The first place we started was with our individual mailing lists of fans. From there, we branched out to Deadly Dozen. Now, we're deeply involved in our new Flight 12 project and we released Deadly Dozen 2 this week. All of this work brings in new readers for all of us and gives new readers a chance to try our individual works, which is great!

4- What did you think of all the anthologies which followed your theme, including the Thrilling Thirteen?

I'm always excited to see what the author community is doing to reach readers. Much of what I do toward that end is based on what's happening with my peers. So of course we were immensely honored and flattered that other authors wanted to release sets similar to Deadly Dozen. It feels good to give back, even a little bit, though inspiration.

5- What’s in store for the future of the group of authors involved?

As I mentioned, in addition to our individual work, The Twelve is deeply involved right now in another groundbreaking project titled Flight 12. The story is revolutionary because as far as we can find out, no single author or group of authors has ever done this before. And it's evolutionary in the sense that the readers are the ones who will help us write the ending.

The story's concept is simple: We release one new book featuring characters our readers already know and love every month for twelve months. At the end of each novella, one person boards Flight 12 to Rome. Then, the plane disappears! What happens after that? The conclusion is so thrilling that it could only come from the collective minds of our readers! And along the way, we're offering contests and prizes and collecting those great suggestions from readers every month, too. Everybody should get on board! It's going to be a wild flight!
Posted by Gary Ponzo at 3:38 PM No comments: