HOW MY RELATIONSHIP WITH THE MAFIA HELPED FORM NICK BRACCO 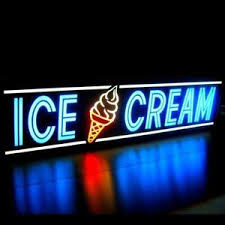 
Anyway, when it came time for me to write a novel, for some reason I gravitated to a Sicilian FBI Agent whose cousin was in the Mafia.  Nick Bracco and Tommy are direct reflections of my experiences with these fine gentlemen.  I could actually here Max’s voice coming out of Tommy’s mouth when I sat down to write a scene.  There’s no doubt these formative years had molded me to the person I am today.


I will leave you with one true story that will reflect the serious nature in which these men took my status among their tutelage:  There was a neon Dreyer’s Ice Cream sign that hung in the front window of our store, something that I could reach from behind the counter.  That sign was always to remain lit 24 hours a day.  The reason?  Across the street was a popular hangout for some of the Sicilian boys called Young’s Tavern.  It was privately known that if I was ever in trouble, I was to turn off the sign.  Well, at 10:55 one Friday night, just five minutes before we closed, a teenager came in to buy a fountain drink. (Yes, I would mix coke syrup in a glass with seltzer water to create Coca Cola.)  He sat at the counter and glanced around the store for a couple of minutes, then asked where my help was.  He also asked how much cash I would collect in a day.  Now I was just sixteen, but I wasn’t stupid.  This was when I decided to turn off the Dreyer’s Ice Cream sign.


After an excruciatingly long two minutes, the front door opened and three very drunk and large Sicilian men came lumbering into the store and circled the kid sitting at the counter.  One guy placed his arm around the teenager and picked up his drink and drank the remainder of the Coke.  The kid looked like he was going to puke.  Then the guy said, “I don’t think you should ever come back into this store again.”  The teenager was a blur running out the door.  As my Sicilian friends left, one of them said to me, "Hey, kid, turn the light back on.”


No one ever spoke about the incident.  There was no need.


Now, we live in a different world and Tommy’s character has been modified to represent the world we’re living in.  However, the essence of his loyalty and respect for the underprivileged shows through in every scene.  My Sicilian friends probably did some unseemly things back in the day, but their sense of honor was the only side they showed to me.  And as an author, I’m grateful for their stories.
Posted by Gary Ponzo at 5:58 AM No comments:

EXCLUSIVE: READ THE OPENING TO THE NEXT NICK BRACCO THRILLER NOW

A Touch of Defiance
In a mere ten seconds the Garvey Space Systems building went dark and the front door burst open with a flash of light and an earsplitting blast.  Two men wearing Halloween masks barged through the opening with their assault weapons pointed at Amir Hassam.  They wore headlamps which bored into Amir’s face as they ordered him to the floor.  They had to shout because his ears were dullened from the blast.  Amir’s stomach catapulted in circles as he slithered along the tile floor until he was up against the wall, pleading for the men not to shoot.   A third masked man entered behind them holding a computer tablet and tapping the touch screen with quick fingers. 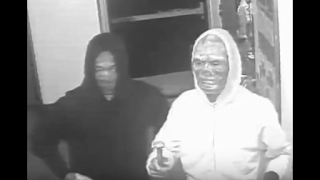 Amir was the only security personnel on staff that night, yet he was completely baffled why these men were even there at three in the morning with such little value inside.


He threw his hands in the air and blurted, “Please, take anything you want.  I will not stop you.”


“We know,” the leader said, swiveling his head around the room and shining the headlamp along the interior of the lobby.  They seemed to be waiting for the computer guy to do something.


Amir was just glad they weren’t firing at him, taking each second as a gift.  He was a security guard at the propulsion laboratory owned by a billionaire who decided to create a rocket ship for passengers to orbit the earth.  There was an abundance of one-percenters who were willing to part with the hundred-thousand-dollar down payment and wait the five years for production.  It’s why Amir was confused.  There wasn’t anything inside that complex that would be of interest to anyone besides a competing laboratory.  This gave Amir hope, thinking these men could be white collar criminals and not thugs after some big payday.


The computer guy made one last tap on his tablet and the lights came back on.  Amir could see the three men clearly now, their faces hidden behind the rubber mask, but their lips and eyes were uncovered.  Was it an old President?  He couldn’t tell.


The leader of the trio shoved his rifle into Amir’s face and said, “Get up.”


Amir jumped to his feet, his heart pulsing throughout his body.


The leader pointed the rifle to the seat behind the reception counter and ordered Amir in front of the computer.


At first Amir didn’t understand, then the computer guy said, “He won’t know the password to the company system.”


Amir nodded fervently.  “Yes, that is correct.  I know nothing about the company except that they make rocket ships.  That is it.”


“Turn it on,” the leader insisted.


“Not that one,” the computer guy said.  Then he pointed to a computer sitting by the end of the long countertop that fronted the reception area.  “That one.”


“What’s the difference,” the leader said with a little attitude.


“Only one person uses that computer, so she’ll have the same login every time.”


The leader stared at the computer guy as if he were about to challenge him, but decided to point his rifle at the other computer and yell, “Now!”


Amir was nearly about to faint.  His brain was lacking blood flow as he stumbled like a drunk and sprawled to the floor.


Computer guy quickly maneuvered around the leader and stood in front of the computer.  He placed his tablet on the counter and zipped open a small pouch.  He removed a test tube from the pouch and sprinkled a blue powder over the keyboard.


From the doorway, the third guy was looking toward the street.  “Let’s get going here.”


“Relax,” the leader said. “It’s an industrial park.  There aren’t any neighbors.”


“Still,” the guy said with an eye on the empty road.


Amir sat motionless hoping they might forget about him sitting on the floor.  His hands were clammy and his stomach was cramping.


The computer guy lowered some microscopic lenses over his eyes, the mask making him look even more sinister.  “There are oils on the fingers of the woman from the lotion she uses each morning.  I can see the keys that are smeared with the lotion.  It’s the same six keys each day.  Now I need to decipher the sequence by the direction of the smears.”


“C’mon,” the guy by the door shifted his weight from side to side like someone with a full bladder.


After a minute, there was a faint chime.


He tapped the keys with extreme dexterity, as if he knew exactly what he was looking for.  From the back hallway there was a metal-sounding click.  Computer guy looked up at the leader and said, “Go.”


The leader ran to the warehouse and Amir could hear him push through the iron gate that sealed off the laboratory from the rest of the building.  Everything was happening so fast, Amir couldn’t catch his breath.  The computer guy leaned over the counter and said, “Give me your phone.”


Amir quickly pulled the phone from his pocket and tossed it to the guy.  The guy snatched it out of the air, then grabbed his tablet and began tapping again.  Amir sat there frozen, grateful to be alive.


The leader emerged from the hallway carrying a shiny canister and jogging past the counter, then slapping the computer guy on the shoulder.  “Let’s go.”


The door guy pulled something out of his jacket, then ran over to an open space in the lobby and began spraying something on the wall.  Amir was afraid it was some kind of chemical and he began hyperventilating.  When the door guy was finished spraying, he sprinted out the door.  The computer guy tapped his tablet and the darkness resumed.  The leader was the last one to the entrance.  He stood in front of the opening and swung his rifle around, pointing it at the weaponless security guard.


Amir thought about his infant daughter who would only know her father from stories told by family and friends.  He was about to beg for his life when the leader dropped the rifle to his side and said, “Wait ten minutes before you leave.”


Amir let out a whimper as he heard a car start.  He waited a full twenty minutes before he got to his feet and crept outside.  It was cloudy and cold.  A typical winter night in Baltimore.  He walked almost a mile before he reached a convenience store and dialed 911.


When the police finally arrived, the first words out of Amir’s mouth were, “I want to see my family.”
Posted by Gary Ponzo at 7:46 AM No comments: