Nina Wright is author of the humorous Whiskey Mattimoe mystery series, featuring Abra the Afghan hound, the bad girl of dog fiction. Book #6, Whiskey and Soda, is due out in late May 2012 in both trade paperback and ebook formats. In addition, Nina has published two urban fantasies, Homefree and Sensitive. She is also a playwright, director and actor.  In her spare time she rescues stray dogs and converts them into drug sniffing police K-9's.  Okay, just kidding about the last one, but she keeps a busy schedule, so I was grateful for her time.

1- What do you feel is the main difference between writing a play and writing a novel? 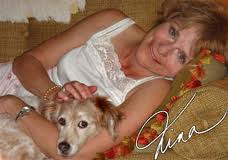 Thanks for asking this perceptive question. Writing for the stage requires, first, an education in how theatre technically works (the jargon and the mechanics of it), and second, a vision of what will beboth possible and emotionally powerful in a theatrical experience. The essence of good theatre is that it reaches the minds and hearts of its audience through their willing, collective participation inan active illusion. That is to say, theatregoers know that they are watching a simulation of life happening a short distance from their seats, but if the piece works, it draws them into another world and moves them to the perspective-altering response the playwright intended. Strangers gathered in a darkened room simultaneously witness and respond to moments of “live” human crisis. In this anonymous group setting, audience members may be more likely to squirm or sigh or weep or guffaw than they would be while reading a novel. To that end, theatre, when it works, is both more engaging and more objectifying than any other art form I know. It’s also massively collaborative in that the playwright conceives the vision and crafts the story, but a team of talented individuals—including producers, directors, designers, technicians, and of course actors—must ultimately put their fingerprints all over it in before the play comes fully to life.
Writing a novel requires skills in thematic and plot development, characterization, pacing and dialogue similar to those demanded of playwrights. A novelist, however, has greater flexibility in choosing point of view and setting, as well as the number of characters and scenes. Whereas a playwright is necessarily limited in the size of her cast and the cost of her sets, costumes, props, etc., a novelist has no such restrictions. Conversely, it is the sole responsibility and burden of the novelist to build every fiber of her world and the characters who inhabit it. She must be a master at revealing motivation, not to mention molding language, tone, action, and sensory images in such a way that her story comes to life for individual readers. The world of the novel must exist so vividly in the reader’s head that she does not want to put the book down.

2- Tell us about your writing process. Do you have a fairly structured outline, or do you fly by the seat of your pants? 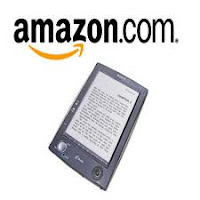 The prominent bookseller on the planet, Amazon, has become the target of many publishers trying to break up the company's stranglehold on the e-book market.  It seems the court's ruling this week has done nothing to diminish Amazon's ability to bring reasonable pricing to their customers, and readers everywhere should rejoice.  Instead of increasing their prices, Amazon has actually been trying to reduce those prices.  On any given day the bookseller has hundreds, even thousands of books available for free.  Free.  You can't make it up on volume when you give it away.

Yes, one of the ways Amazon has attracted so many readers is by offering low prices, but there's another reason why they have maintained their dominance in the market--Diversity.  Amazon is completely agnostic when they recommend a book to their readers.  They don't distinguish between an indie writer and a traditionally published writer.  To them, it's simply a matter of offering the best possible chance for the reader to enjoy their next read.  You can't do that on Barnes and Noble's site.  If you don't have a deal with the big 6 publishers, the chance of an indie author getting their book read on B&N are reduced dramatically.  I can bore you with statistics, but I've interviewed enough writers to know this is a real occurrence.

So how does this effect the industry?  Simple.  The lines between indie authors and traditionally published authors are fading and Amazon is the reason.  There was a time when all indie writers were self-published because they had no choice.  They couldn't get an agent or a publisher, so they were relegated to the indie route.  Now, that has changed.  There are so many writers choosing to go indie instead of using a publisher that readers can't tell the difference anymore.  And since readers can't tell, Amazon gives them the choice to decide which book they might like best.  Isn't that capitalism at it's finest?

Why doesn't Barnes and Noble do this?  Boy, I wish I knew.  I could throw all kinds of conspiracy theories out there, but the honest answer is--who knows?  If they're not in bed with the Big 6 publishers, they're certainly in the bathroom slipping on a negligee.  I'd like to have more options to offer my readers, but the reality is, Amazon takes good care of their writers, no matter their denomination.  And more importantly, they take care of their readers.  And that's good, because I'm one of their best customers.  I'm a reader.
Posted by Gary Ponzo at 11:48 AM 7 comments: