I feel like I've known L.J. Sellers for a long time, yet in this digital age of publishing a long time is a couple of years.  Sometimes you wonder whether the person on the other end of the computer monitor is really a friend or just someone angling for attention, but with L.J. I've never felt anything but warm, honest interaction without  strings attached.
L.J. Sellers is the author of the bestselling Detective Jackson mysteries along with several other stand alone thrillers.  She began her writing career as a client of Al Zuckerman with Writers House Literary Agency and has recently signed an 11 book contract with Amazon's publishing house, Thomas and Mercer.  Eleven books?  That's confidence.

Right now a lot of authors are debating whether to go through the painstaking process of getting an agent and a publishing contract or going straight to Indieville.  We all want to do what's right for our careers.  I asked L.J for her insight because she's been an Indie and a traditionally published author, so she can speak from both sides of the fence.
Here's L.J.—

1- At what point in your writing career did you sense that you could actually survive on the money you made from writing books? 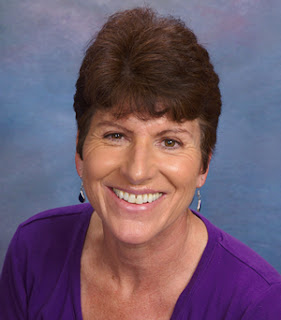 I’d been writing novels for twenty years, then in 2010 everything changed. First I was laid off my journalism job, then ebooks started to really sell and Joe Konrath was blogging about making money on Kindle. I decided that if he could do it, so could I, and I set a goal of earning a living from ebooks by the end of 2011—giving myself a year. Then I did a month-long promotional push in October that really paid off, and by Christmas, I knew I was done freelancing. At that point, I realized the most cost-effective thing I could do was to write another novel. And that’s still holding true.
2- You've had a stellar career as an independent author, what persuaded you to sign with Thomas an Mercer?
Being an indie author—writer, publisher, and marketer—is exhausting! And the ups and downs of ebook sales can be nerve wracking. Winter/holiday sales are terrific, but in August, the money can get tight. More important, I believe Amazon will take my career to a new level. Its marketing clout is unparalleled, and I’ll be able to reach thousands of readers who have never heard of me. And with Amazon taking some of the production and marketing off my shoulders, I’ll have more time to write…and spend with my family. I don’t want to work 70 hours a week forever.


3- As a client of T&M, did you ever get the sense that Amazon is plotting to take over the publishing world?  Be honest, you saw Jeff Bezos rubbing his hands together when the Department of Justice filed a lawsuit against Apple and five publishers for price fixing, right?
A lot of readers and writers were quietly cheering when the DOJ filed that suite. Big Publishing has been dominating the industry and colluding to keep prices high for decades. Jeff Bezos may dream of dominating publishing (he hasn’t confided in me yet), or he may just be a very competitive and successful bookseller who will end up at the top of the pile. If this were a different industry, he would be more respected than feared. But a lot of people have an emotional attachment to physical books and to bookstores, and the thought of losing either is difficult for them.


But blaming Bezos for the decline of physical books is like blaming the president for declining employment. We have fewer jobs now mostly because of technology and outsourcing—machines are doing the work that people used to do. We have fewer bookstores now because of technology—people are buying ebooks and reading on their devices, many of which are not made by Amazon. Change is disruptive, and if legacy publishing wants to compete, it has to innovate, rather than collude.
4- What's the best choice for a new writer right now?  Traditional or Indie?


For most authors, the traditional publishing route is a dead end. You can send query letters for decades and never land an agent or a contract—even if you’re really talented. Agents, editors, and successful legacy authors perpetuate the myth that if you’re talented and tenacious, you’ll eventually break through. They forget to add “or die trying.” The odds are against you. If you’re the kind of person who buys lottery tickets, go ahead, give traditional publishing a shot. But if you’re the kind of person who makes lists and goals and gets things done, then you might as well take charge of your writing too and self-publish.


5- What will the publishing industry look like 5 years from now?  And will I be alive to see that?
Five years? You’d better be around, Gary! I certainly plan to be. A lot of pundits say the rate of change in the industry will escalate and that within five years, the landscape will change completely again, but I don’t think that’s true. We already see a slowing in ebook growth—but that’s a slowdown in growth, not a slowdown in actual sales or adoption, which is still increasing. But reading-only devices will give way to tablets, and in five years, they may be almost as common as cell phones.


I think Amazon will continue to dominate the ebook market, at least for a few years. And it will sign more and more bestselling authors as they leave legacy publishing for a more profitable future. But Big Publishers are making changes too, consolidating, getting ebooks out faster, and streamlining their overhead and distribution structures, so a few players will survive. But most indie bookstores won’t make it, and B&N will have to expand into more retail goods, because most fiction will be read digitally.
But it seems inevitable that the growth in the number of indie authors will slow down too. Fewer unprofessional authors will jump in with their first book when they realize the investment required and the lack of immediate return.

In that same vein, it seems that Amazon will eventually streamline Kindle Direct Publishing and start vetting books just to keep some of the absolute crap from clogging up their website. Someone will create a software program that can scan submissions and reject anything with a lack of grammar and punctuation. And I think all the digital distributors will start to drop books that don’t sell. Once their inventory hits a certain point, quality over quantity will become a factor.
Posted by Gary Ponzo at 7:42 AM 6 comments:

It's merely days since Hurricane Sandy devastated New York City and NY Times bestselling author Chris Pavone is huddled up in a conference room where his wife works because the electricity is out at his place.  What's he doing there?  He's answering questions for this blog.  Bravo, Chris.  We hope all is well with your family.

Chris is the author of The Expats, which debuted on the New York Times bestseller list immediately upon publication in March 2012. I read this book myself and found it fascinating.  Chris grew up in Brooklyn, graduated from Cornell, and was an editor at a variety of book-publishing houses that included Doubleday, Crown, and Artisan, most notably as executive editor at Clarkson Potter. He spent a year and a half as an ex-pat in Luxembourg, but once again lives with his wife and children in a very flooded New York City.

1- Your main characters in “The Expats,” Kate and Dexter, are a married couple with lots of secrets.  Was it hard to keep everything straight?  And did you actually have to keep extensive notes to maintain control? 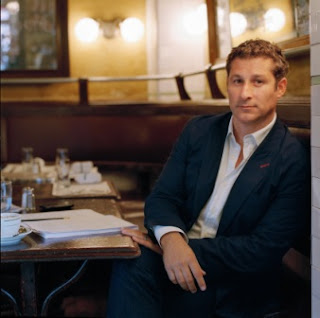 Most of the crucial plot elements of The Expats are completely made-up. But some important aspects of the story, and all of the atmosphere, are true. In 2008, I left behind my career and my home to follow my wife’s job to Luxembourg. While she worked a demanding, time-consuming, and travel-intensive job, my existence was very similar to Kate’s: taking care of small children, learning to live in a foreign country and a different language, reinventing myself as someone without a career, without the self-definition I’d lived with for the entirety of my adult life. This is a central theme of the book: reinvention. For me—and for my protagonist—this takes place in the rainy cobblestoned expat-heavy city of Luxembourg.

3- It seems everyone is a spy and no one trustworthy.  How fun was it to work with an unreliable narrator at times?

Unreliable narrators offer wonderful opportunities for tremendous paradigm shifts in a story; I love them. And in my first draft of The Expats, Kate was in fact much more unreliable: readers didn’t learn her most important secret until the last page of the book. But I became worried that if the protagonist was this outlandishly unreliable, I was creating too much distance, too much dishonesty, between reader and storyteller; it might be an unsatisfying read, difficult to connect with. So I backed away a bit from that unreliability, and hope I found an intriguing balance between compelling engagement and exciting surprise.

4- The Expats seems to have found an audience on both sides of the Atlantic.  Where do you spend the majority of your promotional time?

I’ve done roughly equal numbers of events and media in America and in Europe; there are fifteen different editions of the book being published in as many languages, and the bulk of these publishers are in Europe. But I’ve also spent as much promotional time in that untethered international space of the digital world.

5- How has the digital age affected the way you promote the book?  Or has it?

In America slightly more than half of The Expats’ sales have been digital units, and probably the same proportion of my promotional time has also been digital, mostly in the form of writing essays, articles, and odds-and-ends—dozens and dozens of individual pieces—to websites of one sort or another. I worked in publishing for nearly two decades before writing this first novel of mine, and I’m comfortable with the processes, with the business as a whole. But I’ve always been intimidated by the promotional aspects. It’s one thing to sit by yourself in a quiet room, typing; it’s altogether another to stand in front of a crowded room—whether a physical room in a bookstore, or a virtual room on a website—talking about your book and your life. I was prepared for the talks and readings and signings in bricks-and-mortar venues, but I’m astounded at the amount of time I’ve spent in the digital world. I’m writing this in the days immediately following Hurricane Sandy. For a few days we haven’t had electricity in our apartment in downtown New York, so my children and I are sitting in a conference room at sparsely populated Random House (my wife works here, but most employees haven’t been able to make it to Midtown); the kids are reading on e-readers, and I’m writing a few hundred words for a book blog, neither of which would’ve been conceivable just a few years ago.
Posted by Gary Ponzo at 10:10 PM 1 comment: