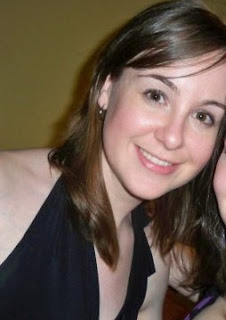 Jenna Wright was personally responsible for getting me signed with my first literary agent, then 18 months later was courageous enough to guide me out of that relationship.  That's too long a story for this format, but Jenna was the first person outside of family and friends who really believed in my writing.  Since then she's left NYC for the sunshine in California and the prospect of reading scripts and deciding whose work will make it onto the big screen.  I thought Jenna might offer an interesting perspective for anyone with aspirations of getting their work made into a movie.  She was very generous to spend some time playing 5 questions with me.

1- What's the biggest difference between reading work for a literary agency and reading for a movie studio?

I’d say the quality. Agencies that are open to queries get a lot of submissions from amateur writers looking to become represented, so the quality can vary widely across all skill levels. When you’re getting submissions at a production company (or studio), the scripts / books are coming from agents or managers who have already vetted the material, so it’s already reached a certain level of professionalism after being developed or read by those agents / managers. Not to say that quality work can’t come from queried submissions to agencies. It’s just a smaller percentage.

2- Where do most of your scripts come from?

Agents and managers. We could get into legal trouble if we read an unsolicited submission. That’s why some places make you sign release forms before they read your material.

3-Now that you're on the inside, so to speak--How much of the film business is pure nepotism compared with looking at a project purely on merit?

The vast majority comes from merit, I’d say. Let’s say some Hollywood player’s nephew wants to break into the business. His spec script might get read or he might be able to get his directing reel seen by people simply because of who he is, but if nephew isn’t bringing anything to the table in terms of quality and aptitude, he’s not going to get hired. Movies are too expensive to take chances like that.

4- Does it make sense for a writer to submit their screenplay to a studio, or is that done exclusively through agents?

Through agents and managers. Again, because of the legal problems that could come from having read unsolicited submissions. Being represented is key because they’re the ones who can get you read. Also, you’ll have someone who’s vouching for you. Out here that’s everything. It’s a very risk-averse town, so to have somebody willing to say “I took this client on, I believe in them and their talent” is huge.

5- How much has the digital world and Indie writers affected the film industry?

If you’re getting frustrated and can scrape together a few thousand (or even a few hundred) dollars, you can go out there and shoot your own film. You can submit to festivals. Use it as a calling card. Upload it to YouTube and get discovered. Same with book publishing. Tired of agent rejections? Upload it and publish it yourself! Pay a fee to get it formatted and boom: you can have your novel up on any number of websites where readers can download it to their personal devices. It’s pretty incredible. 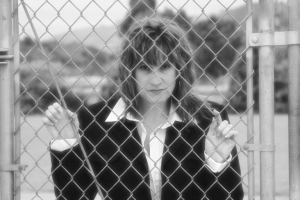 Anyone reading this blog for a while knows I try to stay ahead of the curve with interviews from edgy newcomers to established N.Y. Times Bestselling Authors.  This time I'd like to highlight a real life criminologist who doubles as an award-winning fiction writer.  Jennifer Chase is the author of the Emily Stone series of novels which are part mystery-part thriller.  Emily Stone is a female vigilante armed with a digital camera and the uncanny ability to interpret valuable information the police seem to be overlooking.  In her thriller, "Dead Game," Emily Stone actually uncovers a social network community for serial killers.  This is highly evolved stuff which Jennifer pulls off amazingly well.  Thanks to Jennifer for taking time to play 5 questions with me:

1- With all of your forensic background and technical skills, what gave you the urge to create fiction?