ELMORE LEONARD IS ALIVE AND WELL

Elmore Leonard has had a profound effect on my writing career.  Anyone who’s familiar with my Tommy Bracco character knows what I’m talking about.  Before I began reading Elmore’s work, characters always seemed to have a stilted tone to their dialogue.  Like a 40's movie where everyone spoke in perfect English.  But Elmore, Dutch, Leonard came along and changed the game for good.  Suddenly, gangsters were talking in slang without explaining it to the reader.  Just follow along, Elmore seemed to suggest.  You’ll get it after a while. 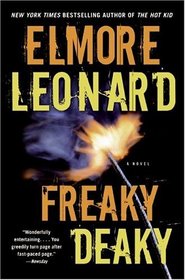 Here’s a sample of what I’m talking about.  Below is the opening scene to Freaky Deaky. Chris Mankowski is a bomb expert summoned to Booker’s home.  Booker is a gangster who answered his telephone where the women he was dating told him to sit down. When he sat down, she told him the chair he was sitting on had a bomb in it and the moment he stood up he’d be killed:


"Man, be careful there," Booker said, bringing his hands off the chair arms to bunch the skirts of the robe between his bare legs, up tight against his crotch.


"You feel anything under you?"


Chris slit open the facing of the seat cushion, held the edges apart and looked in. He said, "Hmmmmm."


Booker said, "What you mean hmmmmm? Don't give me no hmmmmm shit.  What's in there?"


Chris looked up at Booker and said, "Ten sticks of dynamite."


Booker was clutching the chair arms again, his body upright, stiff, telling Chris, "Get that shit out from under me, man. Get it out, get it out of there!"


Chris said, "Somebody doesn't like you, Booker. Two sticks would've been plenty."


It’s a thing of beauty.  The entire scene.  But this post isn’t about Elmore.  This post is about his son Peter.  You see, when Dutch passed away in 2013, it left an empty hole in my reading sequence.  I tended to give new authors a try, but once I finished that book, I would always resort to another Elmore book to get that flavor back in my mind.  Sometime in the past year I was groping for another book and realized that I’d read everything Elmore had written.  And that’s saying something, since he’d written over 50 novels.


That’s when I discovered that his son, Peter, was also a novelist.  Just on a lark I read the beginning to one of his books and realized very quickly that Peter was the spitting image of his father when it came to writing fiction.  The narrative and dialogue was a perfect replica of his father’s tone.  Now, don’t get me wrong, he’s not copying his father’s work, it’s his own style and his own imagination, but boy, it’s remarkably appealing to anyone who’s familiar with Dutch’s work. 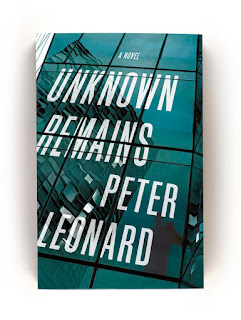 So far, I’ve read Unknown Remains, Trust Me and Eye Closed Tight.  The first two were fantastic reads.  The third book jumped around a little bit too much for my liking, but the dialogue was so enjoyable, that I pressed on and finished liking the story very much.


I’m writing this to encourage anyone who’s an Elmore Leonard fan to give Peter’s books a try.  I think you’ll enjoy the experience.  Do yourself a favor and go to Amazon and read the beginning to one of his books.  Or go to a bookstore and pick it up.  You’ll know within a page or two whether it’s the style you would appreciate.  If it is--enjoy.


And you’re welcome.
Posted by Gary Ponzo at 9:43 AM No comments:

WHY WRITERS CONTROL THE ENTERTAINMENT INDUSTRY

There’s a famous scene in the 1992 movie, The Player, in which a young Hollywood executive played by Peter Gallagher tells the veteran executive, Tim Robbins, “Who needs writers, this thing writes itself.”
And honestly, there’s a segment of the entertainment industry who still subscribe to that theory.  We’ve all been to those movies too.  The ones that follow a familiar formula with familiar punchlines and familiar dialogue.  Battlefield Earth anyone?  But whenever there’s a hit, there’s good writing.  A great example is this year’s critically acclaimed drama, Manchester by the Sea.  This is by far the most depressing movie I’ve ever witnessed.  I wanted to go see Schindler’s List just to lighten my mood after this one.  However, the dialogue was so moving and the acting so superb, you ignored the fact that you’ve seen this movie plenty of times before. 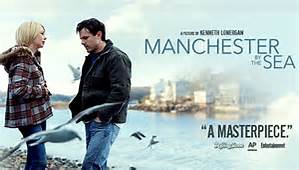 If you think about your favorite TV shows, the one which makes you laugh, the one which made you relate to the characters, it was almost purely the writing that got you there.  I had this feeling leaving the movie Why Him? this past weekend.  It was a plot that seemed so typical that it would be easy to pass up.  However, the writing is done so well, that it’s almost impossible not to laugh.


Think about some of the most iconic movies in the past fifty years and you’ll almost always have a line that brings it all back to you:


“You can’t handle the truth!”


“I’m going to make him an offer he can’t refuse.”


“There’s no crying in baseball.”


You get my point.  The best actor in the world can’t deliver a crappy line and make it work.  However, a good writer can make an average actor seem extraordinary.


So the next time you’re enjoying something on TV, your phone, or the big screen, remember who drew you in and got you to watch the next scene.  It was that pimple-faced writer who spent his or her youth learning how to create a cogent passage with heart.  Writing may seem to be dissipating with advent of digital media, but believe me, those words are just as potent in your book or on your screen.  Writers make the world of fiction go around and I’m just glad to be a small part of that community who appreciates the effort.
Posted by Gary Ponzo at 3:14 PM No comments: